A powerfully simple tool made by teachers, for teachers …

They say necessity is the mother of invention, and it was indeed necessity that launched ClassroomQ, a website designed to give teachers a more efficient way of assisting students in the classroom. The idea was rather simple: to digitally “queue” up students in need of assistance through the use of an internet-ready device. When students needed assistance they would simply click a button and the teacher would be notified immediately on their device, effectively making something as prevalent and “established” as physical hand-raising obsolete. Students would even be able to leave the teacher a comment, making the whole process even more efficient since a teacher could then quickly take care of simple problems.

When the idea presented itself to co-founder, Kyle Niemis, a science teacher in the South Brunswick School District, he was convinced such an app or website already existed. Search as he did, he consistently came up empty-handed, but where others would have given up he took matters into his own hands and contacted fellow do-it-yourselfer and teacher, Dan Martinho, a music educator in the Wall Township School District. Kyle and Dan had crossed paths once before while both worked in the South Brunswick School District, at an in-district technology professional development session, no less. Kyle remembered how Dan had a small side business developing apps and websites and thought he may be able to help make this idea come to life. After a meeting and several chats over the phone, the two embarked on an almost one-year journey to create what would eventually become known as ClassroomQ. 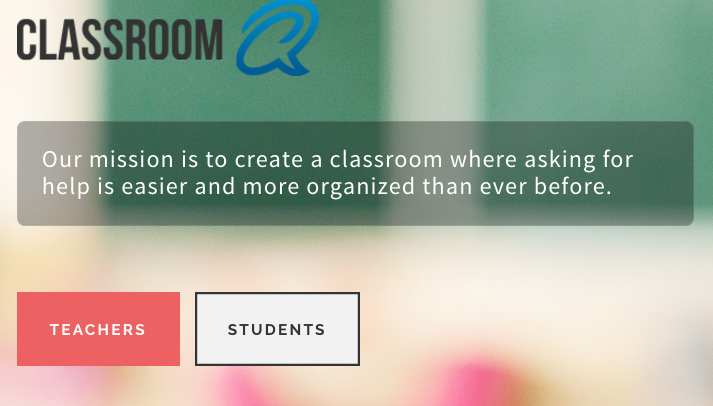 “The response to ClassroomQ has been nothing short of overwhelming,” says co-founder, Dan Martinho. “When Kyle approached me with his idea I knew it had merit, but as with any venture like this I didn’t know if others would feel the same way.” Kyle and Dan attribute much of the popularity of ClassroomQ to its simplicity, something they made a main tenet throughout the development of the site. They wanted to create something teachers could implement in the classroom immediately, without the need for tinkering, professional development, or time wasted explaining how it works to students. The student dashboard of the site simply consists of two buttons: one for requesting assistance and one for canceling the request, with a comment box should the student need to leave a comment. On the teacher end, just a list of students needing assistance and any comments. The teacher receives an alert whenever students in class need help and in what order.

While refreshingly simple and easy-to-use, the site has had some major implications in the classroom, both in the United States and abroad. Teachers have reported a reduction in anxiety and a calmness in class due to knowing students who need assistance are queued up and will eventually receive their help. The ease with which students can ask for help also encourages quieter students or students who are less apt to raise their hand to ask questions and/or request assistance. Teachers have reported increased productivity in class while using the site: not having to have their hand raised frees up students to do other work and teachers are often able to troubleshoot more problems and quicker. The site also features the ability to export each session so teachers have a record of who asked for help and how many times help was requested by any student, complete with any comments. Having such a record of student interaction and engagement in class was not possible before ClassroomQ and can be very useful in developing IEPs, parent-teacher communication, lesson planning and reflection, etc.

One of the most requested features for ClassroomQ is the ability for teachers to respond to students. The site currently features the ability for students to leave teachers a comment but not vice-versa. “We didn’t want ClassroomQ to be a substitute for actual, face-to-face interaction, but instead something to enhance in-class instruction,” says co-founder, Kyle Niemis. “There already exists several chat apps and websites that can accomplish this.” Even without this ability, the site is transforming what instruction looks like in many classrooms throughout the world. Just one of the many examples of how the right technology can change something as universal as raising your hand. 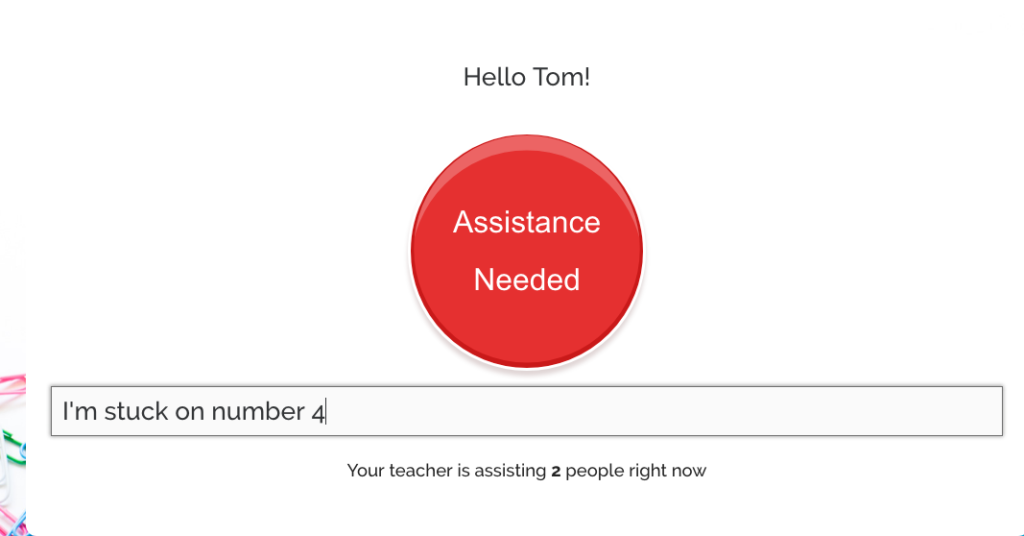 Over the past decade, Daniel Martinho has dedicated a majority of his time to the worlds of education and technology, assisting students and teachers locally in New Jersey as well as globally. He began teaching in 2007 in the South Brunswick School District as a general music teacher and orchestra director. He remained there until 2015 before moving on as orchestra director at Wall Intermediate School, where he has been since. He has often been recognized for his efforts in the education community, having been named Wall Township School District’s “Educator of the Year” in 2017. Daniel was recognized with the same honor in the South Brunswick School District in 2013.

In 2012, Daniel founded and continues to own and operate PuxApps Digital Media LLC, an iOS, Android, and web application company that creates educational and reference applications. The company has produced several “Top 200” apps with over 200k downloads in 128 countries, in addition to various websites in the field of education. Daniel’s proficiency in technology can also be highlighted by the Google Educator Certificate he received in 2014 as well as appointments as technology coordinator in both Wall and South Brunswick.