Krissy Venosdale asked on Tuesday if there was a way to make endnotes in Google Docs as easily as footnotes. I thought, "Surely there is."

So I wrote a script that does it.

It's hosted on GitHub along with instructions on how to install the script (it's not an add-on...just a custom script) and run it in your document. 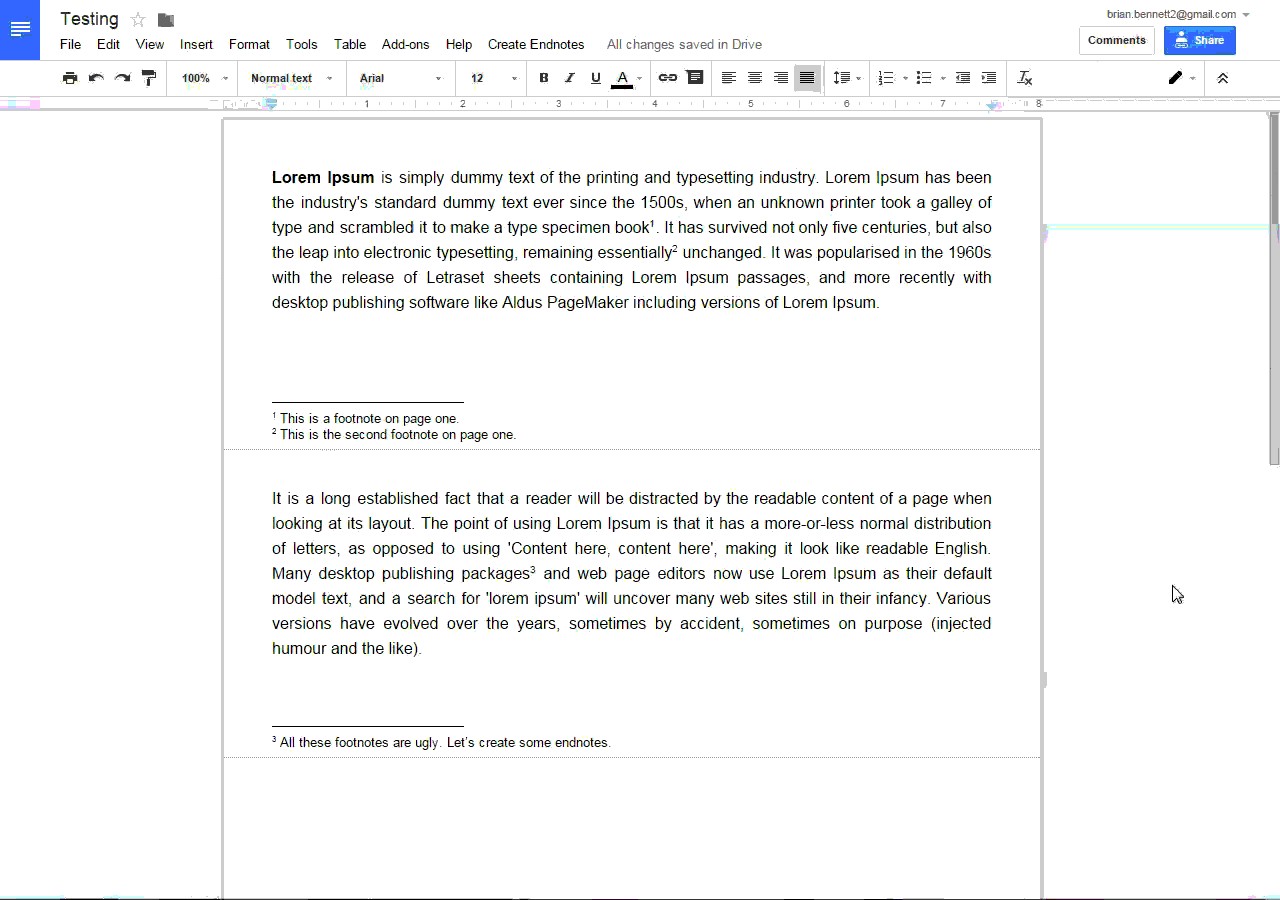 When you add the script to the document (manual process right now - read the instructions) it adds a custom menu from which you run the script.

I know endnotes and footnotes aren't really used in high school, but if you're writing a book or something...maybe it'll be helpful to you.

Either way, it was fun to write and it works pretty quickly. I haven't tested it with documents more than a few pages long, so if you're going to try it on something major, I'd suggest making a duplicate copy to run it on first, just in case.

I'm a teacher by day, after all.

Brian is a 9-year science teacher and currently a technology integration specialist with the Elkhart Community School Corporation in northern Indiana. His experience in Flipped Learning began in 2010 and has been documented on his blog, nodes.