Look who's being all productive! Two blog posts this weekend, plus several other school tasks.

The summer term of MTH 113 is almost over. We had our last regular class meeting this past Thursday; the final exam is next week.

I had my Pre-Cal Trig students write a reflection/evaluation for me this week. There's not a lot of technology use (I've missed it!), so I asked them to get out a piece of paper and write. 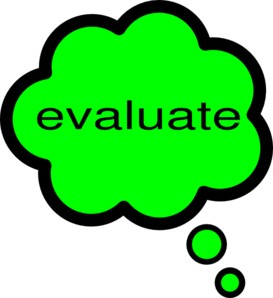 I asked them to address some or all of the following prompts:
What worked? What didn't? (particularly in the areas of videos, how class time was structured, and practice)
Suggestions for changes/improvements
What did you learn?
What do you wish you understood better?
What advice would you give a student taking MTH 113 with me this fall?

My students had good insight and gave good suggestions. They were very thorough and wrote more than I expected. (I would say something about this being a surprise to me since the class is made up entirely of young men, but someone near and dear to my heart told me an observation I made about my all-male class in a previous blog post was a bit sexist, so I'll leave that out, LOL)

Students liked the videos. They liked the length, the format, and my explanations. While I'm glad all of this worked for the students, I know elements of all three of these can be improved. There are several videos I am going to rework for the fall.

The biggest complaint about the class was the one-day-a-week schedule. That is completely out of my hands, but it was my biggest complaint, too. Students felt they would have gotten more out of the class if it had met two days a week.

One thing I was unsure about the entire summer was the way I structured class time. I pretty much put all the videos and suggested practice out there and told students to do what they needed as they needed. Several students indicated they would have liked a little more teacher-directed time in class working problems. If I teach this class again next summer, I will definitely try to incorporate a different structure into class time. A couple of students didn't need the extra structure, but a few would have benefitted from it.

Students felt weakest with the trigonometric identities. They wished they had had more time and practice with those. I agree.

One student - the most independent of the group - had an interesting observation about the flipped class. He said he treated it like online classes he has taken, except he actually showed up to class once a week. He said students who didn't like online classes might not like the flipped format. And he might have a point. None of the other students (in my very small sample size) indicated that, but I can see where a student who signed up to have a "3-D" teacher might be a little caught off guard that a portion of the class was going to be conducted via video.

I think the difference was made in having access to me in class. Several students have taken online/blended classes and said they liked the flipped format much better.

So...as I prepare for the fall semester of MTH 113, I have a lot to think about. Class time will be shorter, and I have more weeks of instruction to work with, but I am thinking about what I am going to do differently. I have a few ideas about class time, and I think I want to restructure a couple of the tests.

I told these guys they were my guinea pigs, and I appreciate their willingness to try some things out for me and give me useful feedback.

Mickie began her career in 1993 teaching algebra and geometry at her high school alma mater. In 1999 she left the classroom to stay home with her kids and taught adjunct classes for a local community college. She returned to teaching at the middle school level in 2004. She has taught 8th-grade pre-algebra and algebra classes ever since. She is a National Board Certified teacher and was a semifinalist for the 2017-2018 Alabama Teacher of the Year.

Mickie discovered flipped learning in 2014, and it completely revolutionized her classroom. Moving direct instruction to her students' personal space has allowed her classroom space to become one of inquiry and engaging activities. It accompanied other pedagogical changes such as allowing students frequent opportunities to redo and retake work, and it has allowed her to experiment with self-paced aspects of learning.

Mickie enjoys interacting and collaborating with other flipped educators on Twitter (@MickieGibbs2), and she shares her classroom experiences on her blog, mrsgibbsflipsalgebra1.blogspot.com.