OK ... so school's been out over a week, and I gave my end-of-year reflection Google Form over two weeks ago, but I did want to jot a few thoughts to help me remember what I wanted to continue to work on next year. 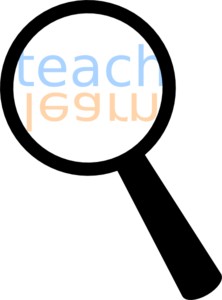 WIN: "Mrs. Gibbs provides opportunities to work together" got 100% "agree" or "strongly agree"! Partner work/group work/working together/working with friends was probably the most-mentioned in "Things I enjoy about this class."

Flipped lessons/videos were a close runner-up, and one student said s/he would probably use my YouTube channel in the future.

Students wished we did more activities involving food (the Pythagorean Theorem activity with Cheez-Its was a favorite with my Pre-Algebra kids).

"Cheat sheets" and partner tests were a plus, according to my Algebra 1 kids. (As I blogged here, this is an area I continue to explore.)

The Pythagorean Theorem was once again the winner of "What is one thing you learned you will remember or use?" Slope-intercept form was an unexpected runner-up (Yea!).

One student said s/he learned to be patient with finding solutions (another win!).

Several students said they should have retaken more tests and would advise next year's students to do the same.

While many answers to questions were similar and not unexpected, I looked through for little nuggets of information that might be helpful.

One student marked "Disagree" or "Strongly Disagree" to almost every question. I collected email addresses on the Google Form (due to some inappropriate answers to an earlier questionnaire), and I never knew that this student had an issue with me. I'm not sure if the answers were serious or not, but if the student was being serious, I wish I had known something wasn't working. This student was also NOT a fan of flipped lessons. No details or reasons were given, but it was mentioned more than once by this student.

"Punchlines" were mentioned numerous times in the reflections. Students either love them or hate them. I believe I did better in not over-using them this year, but, for some students, there were still too many.

It is important to me that students be able to self-check as they work. I want students to know as they practice if they doing things correctly or if they need help. Punchlines allow for that.

I had started giving students choices for their practice as the year went on. I would allow students to choose between a Punchline or a "normal" worksheet (with answers attached, of course) or some other form of practice.

I obviously need to work on that more. I'd like to learn how to use Formative or Quizziz or something similar to give more options for self-checking practice.

One student mentioned the need for more spiral review (I agree!).

A couple of students wanted more of the self-pacing (planning on it).

One student mentioned the need to go over tests after they were graded. This is an area I KNOW needs improvement.

I'm considering giving tests back with no grades, just problems marked that were worked incorrectly, and letting students correct their papers. I think this could lead to more student learning than a review day.

I'm not sure how that would change my retake policy (test corrections are part of the procedure). Would in-class test corrections be worth some points? Then complete the process and retake the test if you want a shot at improving your grade even more? Do in-class corrections take the place of retakes?

Lots to think about.

And all part of the process.