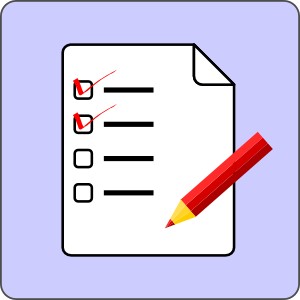 I am not a fan of the review process. I believe it's necessary, I believe it can be beneficial, but I have often struggled with the best way to do it. At the end of a semester, with visions of sugar plums dancing in their heads, students are often distracted. Many give a little less than their best effort.

There's frustration. For students, for me. "How do you work Number 1?" "I don't remember how to do Number 7!" "I don't think we ever did anything like Number 13!" I can point kids to notes and and places in the book, but that is often followed by, "I still don't get it." And frustrated students lead to even less engaged students.

And then there's the boredom. I get bored, students get bored. Try these problems (that you don't remember how to do), ask me questions about these problems, watch me work these problems. We'll repeat the whole process tomorrow. Boredom leads to even less engagement.

My first idea was to spend time in class doing activities I know they enjoy - task cards, scavenger hunts, bingo, etc. But students need practice with questions that look like test questions, and if class time is spent on activities, practice questions would have to be done - and checked and corrected - largely outside of class and individually. And, done this way, not every topic can be covered in the few days we have for review. I thought about quiz programs like "Kahoot!" but that, too, had issues I was trying to avoid.

I surveyed the kids to see what ideas they had for their "ideal" review. They weren't a whole lot of help ("What do you mean, 'What do I want in a review?!?'"), but I did gather a few good ideas from some of their comments.

And then I thought, "Why don't I flip the review?" I could even do it in class! I've done some in-class flipping with my Pre-Algebra students (I need to blog about it), and it's a great way to keep kids focused and on-task and allow students to work at their own pace. It also would keep students from having to do a lot at home.

So I began. I took my reviews - we're required to make official study guides - and broke them into sections of like problems (one of the suggestions from a student). I made short videos about each topic where I worked through the problems, reteaching concepts as I went. The longest video was 12 or 13 minutes. Most were around 10, and some were as short as 3.

I also exported the PDFs of my work (another suggestion from a student).

I rearranged my room for partner work and picked the partners who would work together for the next 4 days. I wanted this to feel different and like a change of pace.

I split the reviews into 4 parts and each day posted the videos and PDFs for that day. Each day had either 2 or 3 videos that covered the topics for the day.

On the first day of the review I explained the resources available to the students. I told them they had a choice how to approach the review. I suggested they attempt each section first, then check their answers (the answers to each section was the first part of each video), then watch the video to see the explanations for the problems they missed or didn't remember. If they didn't need to hear the explanation, they could look at the PDF to see the work.

I emphasized the importance of engaging with the material, however they chose to do it. Simply copying the work provided without thinking about it would not be adequate preparation.

And then I nervously turned the students loose and watched them work. I had no idea what to expect.

I liked what I saw.

Students approached the videos in all sorts of ways. Some followed my suggestion. Some worked, checked, and watched one problem at a time. Some used the PDFs. Some watched the videos like they did for notes, copying the work and listening to the explanations.

I was impressed that my students (particularly my Algebra 1 students) went back to their notes from when the material was first covered.

I heard lots of good discussion (I don't think I've mentioned in awhile that my favorite thing in my teaching world is hearing students talk MATH). Students were explaining things to each other. I heard more than one, "Remember when..." Even Slope Dude was referenced! I was impressed with what my students remembered.

If the videos and peer help were not enough, students would come to me for extra explanation. I saw areas I need to revisit as we get into second semester.

Students were more engaged than I've ever seen during a semester review. And I believe they were engaged because they felt empowered. They were given choice, they were given flexibility. They did not have to stare at problems not remembering how to approach them. They were able to know as they worked if they were on the right track. And they responded to that.

I was told by one student, "This has been my favorite review this year." I posted on Twitter that "favorite" and "review" have never been used together in my classroom.

Was it perfect? No.

There was still a handful unengaged and disinterested students. But it was a small handful and far fewer students than ever before.

A few students were resistant to watching the videos. They wanted me to explain problems, and when I would say, "Go to the video; it's all there," they would respond with, "But I don't want to watch the video." That really surprised me.

There were still students who failed my exam. I was really hoping to not see any failures.

Semester exams are tough; they cover a lot of material at a time when students are tired and "over" school and having to deal with more than one big test at the same time. My experience has always been (since I started teaching in '93) that semester exam grades are lower than I would like, even for students who normally do very well.

I had many students do well on the exam, though. Overall, grades were representative of what I've seen students demonstrate throughout the semester.

So...I declare the "flipped review" a success but am brainstorming ways to make it better. Ways to get even more students engaged and interested. Ways to ensure all students are learning what I want them to learn.