But every once in a while I have a spur-of-the-moment idea that I look back on and think, "That was pretty good." 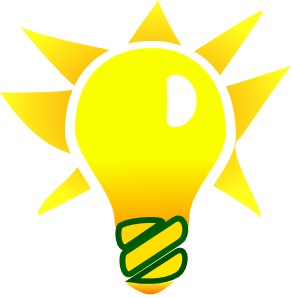 I gave a "Quick Check" to Algebra 1 this morning. Four questions on our last concept. I give a Quick Check when I feel students are ready to receive a grade on the material we've been working on.

I could have graded it as is - maybe showing students how to do it later - or I could try to correct their misunderstanding immediately.

After I collected the papers, I instructed students to get their notes on the material out and look at the examples relating to the missed problem.

I gave the students a quarter-sheet of paper, wrote the problem from the Quick Check on the board, and told them to use their notes to rework the problem.

Students kept working on the problem until they got it correct.

I told students I would take their corrected work and count it as their #4. A large portion of students originally missed the problem; now they all had it correct.

They got immediate feedback. I think many of them learned in the process.

And I smugly gave myself a virtual pat-on-the-back for having a spontaneous idea that wasn't half-bad.

Mickie began her career in 1993 teaching algebra and geometry at her high school alma mater. In 1999 she left the classroom to stay home with her kids and taught adjunct classes for a local community college. She returned to teaching at the middle school level in 2004. She has taught 8th-grade pre-algebra and algebra classes ever since. She is a National Board Certified teacher and was a semifinalist for the 2017-2018 Alabama Teacher of the Year.

Mickie discovered flipped learning in 2014, and it completely revolutionized her classroom. Moving direct instruction to her students' personal space has allowed her classroom space to become one of inquiry and engaging activities. It accompanied other pedagogical changes such as allowing students frequent opportunities to redo and retake work, and it has allowed her to experiment with self-paced aspects of learning.

Mickie enjoys interacting and collaborating with other flipped educators on Twitter (@MickieGibbs2), and she shares her classroom experiences on her blog, mrsgibbsflipsalgebra1.blogspot.com.