--Originally published at Flipped Learning in My Beginning German Courses

How It Began: the Flipped Classroom in Beginning German
When I began flipping two levels of my Beginning German courses in 2014, I didn't realize that I should have prepared my pre-class modules long before the semester started. Big mistake! I ended up using most of my weekends, holidays, and all of spring break, even pulling a few all-nighters, to produce meaningful digitally delivered content for my students and to enhance my standard in-class activities. After all, due to the routine lessons now being watched before class, I could offer more sophisticated instruction in my courses, and I wanted to use every minute of my newly gained classroom time for deeper levels of learning. Nearly all my students were enthusiastic about this new approach to learning the German language, so I knew that my efforts were worthwhile.
Despite the encouraging feedback from my learners, I deem this first flipped semester a Feuertaufe, a baptism by fire, due to the immense level of preparation required when one jumps into flipping without experience. Each subsequent semester, I tweaked my flipped classrooms more. I started to hold my students accountable for their pre-class preparation; added more cultural content to the chapters in our textbook; created daily tasks to establish a running theme for each chapter; calibrated the amounts of time spent on reading, writing, listening, and speaking for each task; scaffolded the flow of those daily tasks to culminate in a chapter group project; and finally shifted the way I assessed progress in learning from written exams to in-class project performances. It was only when my flipped classrooms encompassed the last improvement that I realized that we had reached a new level in this pedagogical adventure: flipped learning!
So, what is the difference between the flipped classroom and flipped learning in my courses? I would argue it’s the extent to which higher-level learning occurs in a class.
In the flipped classroom, the conventional instructor output is moved to pre-class delivery, thus freeing up in-class time for the application of the material. That was what I experienced in the early semesters of flipped German and this is how my students still prepare for our work in class.
Example: Three of my videos or PowerPoint presentations explain (in English) what a relative pronoun is and how relative clauses are formed in the German language. The worksheets filled out by my students while they watch the digital content require them to note down the rules for relative clauses, to fill out the charts for (specific and generic) relative pronouns, and to fill in the blanks in a few exercises to get their brains working. After-viewing online quizzes reinforce this preparatory learning. By the time learners come to class, they are primed to apply this information in a more meaningful manner in teams of two to four partners. Since the chapter is linked with vocabulary about German media, for example, student groups assume the roles of reporter, editor, producer, and news anchor who all are tasked with re-writing a clumsily written article that “begs” for relative clauses. How it is edited is up to each team who must cut the verbiage down to five sentences. This approach ensures that the grammar item is merely a tool for a learning activity, not its end. Learners construct knowledge actively, in cooperation and collaboration with their peers, and independently of the instructor who merely monitors, but does not dictate the linguistic production occurring in the educational space. 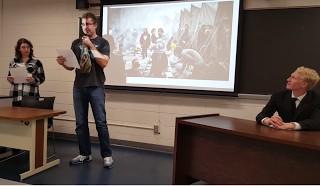 How It Looks Now: Flipped Learning in My Beginning German Courses

Now imagine that this task is only one of a series of interconnected team activities that will yield a final cultural project and an explanation for the impetus behind the cultural expression. This, in my view, is flipped learningin an L2 classroom.
Example: Students have navigated a chapter’s content by completing scaffolded tasks that produce a polished newscast in German, with contemporary events being reported in an objective fashion without the banter and “fluffy” news often seen on American news shows. To create such an authentic German newscast, students have watched many examples and analyzed their goals (to deliver the facts with as much background data as possible) as well as the viewers’ reasons for watching (to be informed so that they can form an opinion and discuss the news item intelligently and confidently). In-class discussions have drilled down to the motivation behind German news consumption, the desire to accrue intellectual capitalin the form of political, economic, and social conclusions. This approach to garner prestige stands in contrast to the typical American approach, which focuses on possession and financial capital to signal status.
The focus on flipped learning has deeply enriched my students’ education in my Beginning German courses. They are motivated to complete their projects because these endeavors construct meaningful knowledge that goes beyond grammar and vocabulary. They do not want to miss class because each absence reduces the overall understanding built via the in-class tasks and impacts their teams’ efficiency. They want to complete their homework because the pre-class preparations are necessary to carry out the team tasks in class. One of my students in the very first flipped classroom noted: This innovative way of teaching “connects students to German culture, fosters an intimate learning environment between students. Fun, relevant, and always focused on improving knowledge of German grammar, culture, and verbal skills.” Six semesters later, another student who benefited from the flipped learning focus wrote:
One of the biggest benefits of flipped learning for German was the fact that we were learning more how to speak the language instead of just memorizing verbs and vocabulary. This instead came more natural as we learned the language. We also had more time to dive into the culture which for students like myself who are planning to travel abroad was the biggest advantage. While it definitely remedied the problem of assigning too much homework, there is a level of accountability that you need to have to succeed in this class because it is still hard work. It is work that challenged how we think which is better than having to memorize anything. 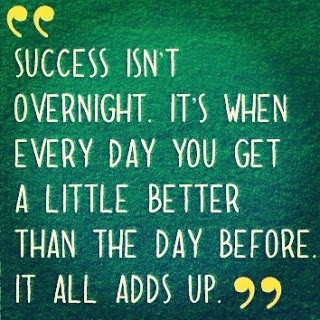