The #flipblogs topic for Nov. 8 was:

... Recent interactions with non-flippers in your school / district: Do you evangelize? Should you? How does that go? #flipblogs

It doesn't have to be complicated...even if I like it that way :)

I share with others what I'm trying to do, sure. Trying to set up a lightboard at school has involved bringing in various pieces of gear that at times have had me much more laden than your typical teacher, so explaining my burdened state when other teachers see me bringing in another piece or moving things between rooms can create some natural openings. However, I don't want to create the false impression that flipping one's class has to involve such a complicated setup just because this particular approach happens to be my current pet project. Explaining the lightboard idea to one teacher led to her remarking on my technological savvy, but I know that those much less tech-savvy than I can flip a class successfully.

I should probably be intentional about adding to these discussions a disclaimer that in the past I've flipped lessons using only one of the school's notebook computers (with a built-in microphone), QuickTime, and a pre-made slide deck, and I have sometimes shared the videos using only our school's pre-existing system of making files available to students when I didn't have them uploaded to YouTube in time. The sound wasn't great -- I now consider a decent microphone to be one of the first things a flipping teacher might consider adding to her toolbox, if only to avoid the KA-CHUNK noise if you push a key on the keyboard to advance the slide -- but it was still perfectly understandable by my students, who made no complaints about the sound quality at all.

Adding a disclaimer that "it's really not that complicated" isn't going to sell flipping the classroom, though. I think that to really "evangelize" about the flipped classroom, you need to focus on the "why."

I've already written about problems I've found can be solved through flipping. I think the sharing that I've done with others has been more effective when it's either been in response to hearing others share about encountering some of those same problems (or other problems I didn't mention but which can also find at least part of a solution in flipping) or when I've used that problem-solution framework as an explanation of why I've been trying the flip. This kind of approach shows that flipping the classroom isn't just change for change's sake.

"Should you?" / Responding to skeptics

Should we be working to actively spread flipped practice to others? I think if we want our schools/education system to be able to teach kids as effectively as possible, our classes do have to change. Students aren't learning the same way they used to, so perhaps we shouldn't continue to teach in the same way we've been teaching for the last 100 years. If research shows that certain approaches are more effective than what common practice has been, then that common practice needs to be revised. Yes, there is part of me that wishes the kids would just be more respectful and sit quietly as a class for half an hour, diligently copying down notes while I pour forth knowledge, but when I type that out and hear myself saying that in my head, I wonder how many students really learn well that way. 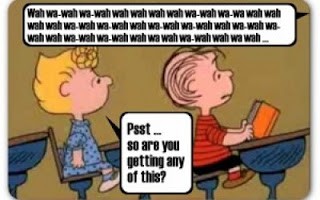 Is flipping the class the only approach that could be considered for this change? Not necessarily. I think the name of the game is to get more active learning happening, and there are a variety of ways to accomplish that. However, flipping has been helpful to me and to many other educators -- particularly as we seek to find ways to make more time for that active learning while still acknowledging the need for some direct instruction -- and the research backs up its effectiveness. Some may ask why we should "fix what ain't broke." I think such skepticism can be met by pointing not only to personal experiences of greater student achievement and better relationships with students, but also to that research, carried out by those with a much broader perspective (and much better methodologies) than my own. Maybe the current system isn't completely "broke," but that doesn't mean we can't do better.

Want to see the research for yourself? Try starting with the "Research, Reports & Studies" page over at the Flipped Learning Network...though there's plenty more what that came from.

And so I will.

I will be running a 1-hour session about the flipped classroom during a PD day my school has coming up on Nov. 17 -- about a week and a half away at this point. I'm curious to see how many people will make that session the one they choose to attend that day, where their current knowledge of and experience with flipped classrooms are at, and what level we'll be able to take that session to. Will those attending think it's a nice idea, but impractical to implement, or will it spark an interest in getting a team of educators together to start doing more flipping at the school, supporting each other through any hurdles we experience as we do so? I'm hoping to be able to send out a little survey prior to the event to those interested in attending so I can know my audience better, and hopefully put something together that meets their needs. Their response both to that survey and the PD session could be good reflection fodder for a future blog, so...stay tuned?!!