First: I am not happy it has taken me more than a couple of weeks to get to this blog post. I like to blog while things are fresh and I remember all of the little things.

I probably shouldn't even be blogging today. There are so many other things I need to be doing.

It was just systems of equations. Nothing special. I teach it every year. I didn't expect anything too different.

But the unit surprised me. 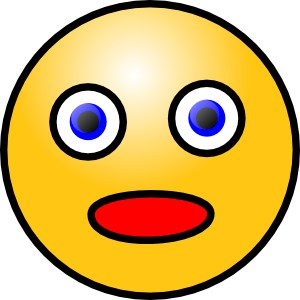 This was the first unit I attempted some self-pacing. I have always struggled with how to handle the kids who "get it" quickly, finish the work I need them to do, and then have time to spare.

I don't want them to feel punished with extra (or busy) work.

I don't want them wasting time.

I don't want to lose whole class activities and discussions.

But I decided it was time to experiment some.

It worked well. No one got too far ahead. In fact, one day I had several ahead, and I knew there was a big thing for their English class they were working on, and I was able to give them time to work on it.

When it was a "whole class" day, we did whole class activities.

We all tested on the same day.

Overall, I was pleased with the process and plan to implement it some more. I would like to do as other self-pacing teachers have suggested and map out an entire unit with what needs to be done and give it to students ahead of time. I still have much to figure out about self-pacing, but I am happy I took the plunge and tried it.

The second surprise of the unit came when we looked at applications of systems of equations. Systems applications are so contrived and have little relevance to students. But they are a standard, and students need to know how to do them.

I began an Internet search for how to approach them differently, and I found these two gems:

Those Horrible Coin Problems (and What We Can Do About Them)

Piling up Systems of Linear Equations

I did the coin problem first. Rather than work an example (or three) of "how to work a coin problem" I showed Dan Meyer's video and gave guiding information and questions to lead students to the system of equations AFTER they had done some "guess and check" to find the solution. We got to talk about the number of solutions, which we later verified with Desmos.

Third Period (my first Algebra 1 class of the day) was magic. The students were making so many connections, and the light bulbs I was seeing all over the room were exciting. I am working on renewing my National Board Certification, and I kicked myself at the end of class for not recording the lesson.

Full disclosure, though: Fifth and Seventh Period were not as successful. It was a Friday afternoon, and they are tougher crowds to begin with. We completed the lesson, and some of them saw what I needed them to see, but I felt those two classes were more organized chaos than genuine learning.

I followed the Friday coin problem with the glue problems on Monday. Students were successful taking the information from the video and creating equations.

But after the two "Three Act" days, I found students struggled with written problems similar to the coin and glue problems. I did not do a good enough job of connecting what we had done as a class to how these problems would be presented in classwork and on assessments. I have an instructional video about how to solve systems of equations application problems, and I told students to "watch it if you need to." While I try hard to give students options and not make students who don't need to do things do them, this doesn't always work with the eighth-grade brain. Many students who do, in fact, need the extra instruction opt out and then struggle later.

We had a day with an altered/shortened schedule, and I chose that day to introduce Desmos linear "marbleslides." While not exactly connected to systems of equations, it was a way to review and reinforce why linear equations behave in a certain way. Many students found it enjoyable, and several worked on at home, even though it wasn't required.

I gave a reflection at the end of the unit. Student responses let me know how to change up the unit next year. Students told me they struggled most with solving systems by substitution and the application problems. I already knew the application problems were an issue, and I know why substitution probably presented some difficulties and how to do it differently next time.

The unit was a roller coaster (which is really not any different than this entire school year). There were days I was so excited at what I was seeing my students do and days I felt I had failed them completely. There were days I thought, "I have got to blog about this!" and days I thought "Maybe this unit isn't worth blogging about" (probably one reason I kept putting off the blog post).

But I did hear great things from my kids. When students use words like "magic," "math-gic," "cool," and "fun" over the course of a couple of weeks, the unit can't be all bad.