--Originally published at The Literary Teacher 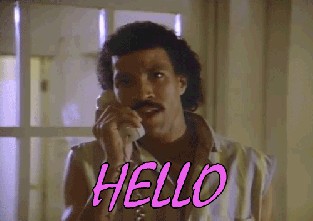 Why did I chose to go to the flipping side? Today, I’ll be talking a little bit of my history with flipped learning.

Hello from the other side

By the end of 2015 I left my job as an EFL teacher in a big language school from my city here in São Paulo state in Brazil. I was going to get a job in another big chain school, but everything went wrong and I decided to be by myself. I spent around six months working as an autonomous teacher and in that year’s August I got a job in a regular school. That was the moment of the huge change and the shock in my life and career. I was on the other side, unfortunately here in my country English classes at regular schools are incredibly undervalued.

Being a teacher in a regular school hit me like a wrecking ball, I had so many high hopes and all went downhill. I just believed that I was able to deliver the same class I used to at the language school, of course it DID NOT WORK! There were so many things that I had to deal with that I almost quit in the end of the year.

There were so many issues that I didn’t know which one I would start with. The classes were extremely mixed levels, there were all, yes ALL sorts of students, from the Super-Awesome, to the one that don’t even know what a verb is. The groups were immense (in my experience) from 20 students or more. They were totally unmotivated and just wanted to talk, and the worst of all they did not care about me. All this things crushed my heart and my ego as a teacher. I felt that I was not able to teach anymore… I was about to give up. #sosadtosaythat

There’s a rainbow in the dark

On day… One fine day I was browsing around Facebook and I saw an article about Flipped Learning. I read and I fell in love almost immediately. Maybe this was the solution to my problems! I read some articles, however I needed more and after looooooking a lot on-line I found a course on this subject on Sophia University. I tried, reluctantly, to put into practice scared to death of some complaints of some parents and students. At first they didn’t understand the idea of it even doing the tasks I asked for. In 2017 I had the opportunity to go to the 6th SLPC  in Montreal. There I had A TON of workshops that addressed this issue, I learned a lot of tips, ideas and it was the first time that I got in touch with active methodologies (this is a topic for another post). So I decided to apply flipped learning to my classes as many times as possible.

When I changed jobs and encountered numerous challenges that made me felt sad and hopeless in being a teacher. I had no answers to my huge problem and changing the way I perceived my classes gave me hope again.

If you are feeling this way, I say with all my heart and quoting Obama’s saying:

Thank you so much!