I agree with Andrew Swan (@flipping_A_tchr) but there are a few cautionary lessons to be learned.

Just a few days ago there was a Twitter conversation between some well informed and experienced flip teachers expressing disappointment in the quality of unit lesson plans for flipped classrooms. The discussion that followed echoed comments that I had been hearing this week as I helped host the Illinois Flipped & Blended Learning Network’s inaugural conference (@ILFABN).  Both teachers who had recently begun flipping, and those who had been flipping awhile, we’re expressing concern and disappointment with what some teachers have implemented and labeled as flip without understanding or fully embracing the larger implications of flipped learning.  To be clear, both the Twitter conversation and the conversations I had at the flipped and Blended conference were not exclusive and exclusionary in nature, but a representation of the commitment that many flip teachers have to not just making videos or not just shifting the times of classroom elements but to truly embracing the nature of flipped learning and the full impact that it can have on a classroom.

I posted in the Twitter conversation a comparison between flipped learning and Crocs, that colorful foam shoe that everyone loves to hate. The basic premise is that like both flipped learning and Crocs, every new idea that solves a problem, is innovative, and addresses the core structure of any given sphere of influence will quickly be copied and those copies will likely not hold to the same high standards and commitment to quality that the founders or early adopters of a given product or pedagogy would wish. Andrew Swan’s response was “Flipping>Crocs”. I agree, but there might be something to be learned. 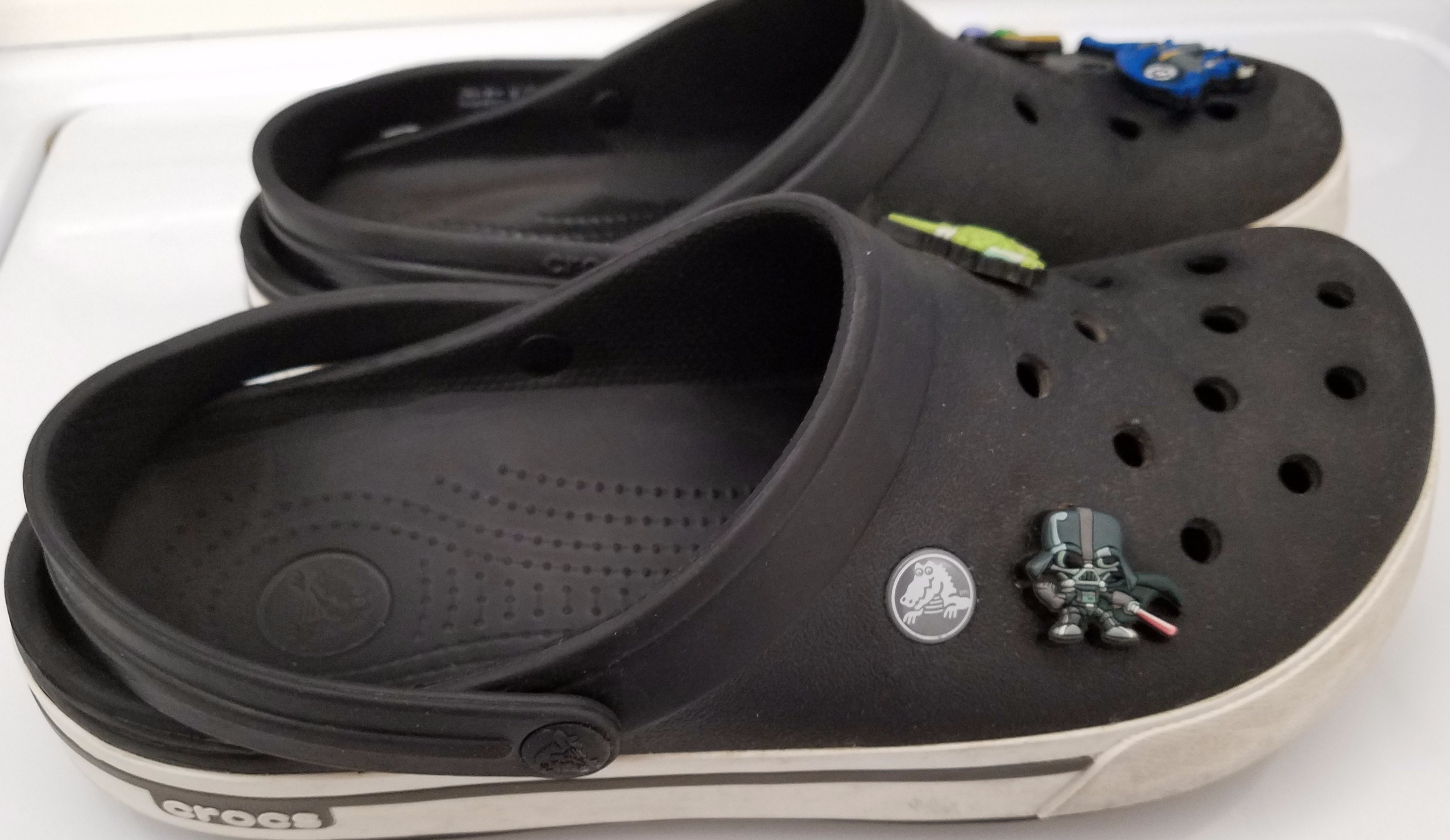 The shoe everybody loves to hate:

In the case of Crocs, the foam shoe company bought an existing patent and began selling what would become known to everybody as Crocs in 2002 at a boating conference in Florida selling 200 pairs. By 2006 they had taken the world by storm and a fad was born. What they also found shortly after the boom was that imitators began flooding the market and by 2010 there were multiple lawsuits involving a dozen or so companies regarding “Croc-offs”.  Because of Crocs style, or lack of it based on your perspective, followers grouped on both sides both proclaiming the many uses and decrying the many abuses of the plastic shoe. Health concerns and quality concerns came to the forefront. While the originals maintained quality, the knockoffs gave the entire segment a black eye. The primary issue was, and is, as inexpensive as Crocs were to buy they could be made even more cheaply and therefore sold under non-brand names by mass discount outlets at significantly lower prices. The sense of innovation, value, and cashe were lost as people had poor experiences with inferior products. Additionally, with the prevalence of the original and the knockoffs, the question became “What’s next step for Crocs?” The company’s answer to the question was adding a faux lamb’s wool as an insert to the crock to increase usage in colder seasons.  A plastic shoe with a faux sheep lining is clearly bit of an odd mixture at minimum, and downright dissonant to many.  There have also been positive expansions on the idea; Croc wedges, Croc flipflops, versions for diabetics, and versions for professionals who are on their feet a great deal of the time, but these developments are based around the heart of the problem that the shoe made of foam solves and the innovation it brings. http://www.slate.com/articles/news_and_politics/the_highbrow/2007/07/the_croc_epidemic.html

Oh No! an Analogy:

All analogies break down so I will try not to push this one too hard, but flipped learning shares some similarities with the foam shoe.

In returning back to the original basis for the Twitter conversations I cannot agree more that flipping is greater than Crocs.  More to the point flipping is more important than Crocs. Even with the similarities, how does the flip community address misinformation, lack of knowledge or familiarity, and combat poor implementation.  How do we as a community move forward and ensure that flipped learning is not simply the fad most pundits have labeled Crocs, and some educators relegated flipped learning? How do we hold high standards, while still remaining open and collaborative with those wishing to join and be a part of a community of educator learners that have found flipped learning to be a powerful tool in their classroom?

I am interested in answers and would love someone to write a blog or comment in response to the primary question.  “How can the flip community address the challenges of implementing flipped learning with integrity and solid pedagogy as it expands beyond the innovators and the early adopters into the mainstream?”