I've always intended to start this blog with the tale of how my "flipped" journey began. This post has literally been years in the writing; joining the #flipblogs community has given me the incentive I need to pull it out of the Drafts folder, dust it off, update it, finish it up, and finally release it to the world to meet you all.

The topic for the August 2 #flipblogs chat was: 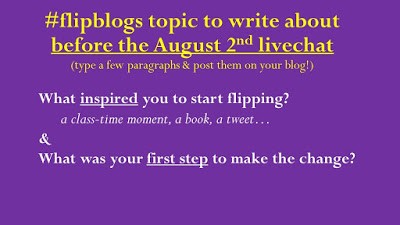 While this post comes too late to be part of that discussion, I did tell the community I would write up my response and post it "asynchronously." (I hope they will indulge me as I write more than "a few paragraphs.") It is, after all, the perfect place to start -- at the beginning.

How I was introduced to "flipping"

It started with a phone call.

In March 2013, one of my vice principals unexpectedly called me up during class and asked, "So, do you know who the funnest people in the school are?" He invited me to attend some professional development with him, our principal, our head librarian and our Student Success teacher. Honoured at being the only subject teacher invited (and amused at being invited to hang out with the "cool kids" for the day), I agreed to attend. 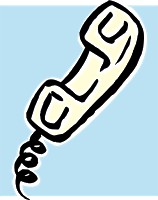 When I discovered that the PD would be about the "flipped classroom," I vaguely recalled having heard something about it before but didn't really know what it was about. I decided to go into the PD with a willingness to listen, though I'll admit I was somewhat skeptical.

Our little group visited two different schools in the Peel District School Board. It turned out to be an intimate, exclusive event arranged for us by our principal, who had learned through her friendship with the schools' superintendent about the flipping that was going on in those schools and wanted to see whether this approach was something that our school could use as well.

Our first stop was Central Peel Secondary School, where Dianne Fitzpatrick and Simona Matei made a presentation to us explaining how they were flipping some of their classes. Looking back, there were three things that solidly impressed me about their flip:

Fitzpatrick shared with us some graphs representing her students' feedback at the end of a semester of flipping. I'm showing here the results we saw then, from January 2013 -- more detail is available in her blog post here -- but she has shared similar feedback from additional semesters on her blog: 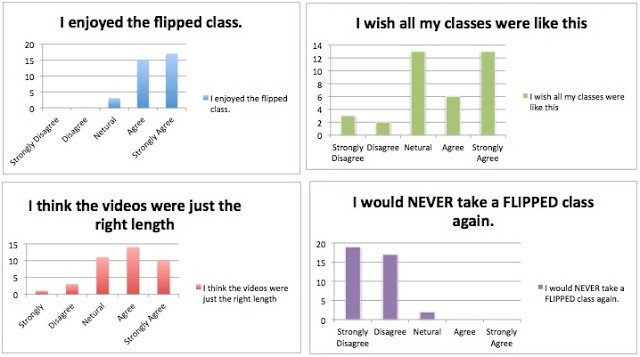 WOW, I thought -- the students really like it! Of course, just because students like something doesn't mean it's good for their learning, but chances are they won't learn from an approach they hate, either. The research shows that there is a lot to be said for engagement, after all.

2. The potential to check in with every student, every day

Fitzpatrick and Matei shared with us in their presentation that flipping their class allowed them to visit with each student in the class every day. Given the research that emphasizes the role of the student-teacher relationship in a student's learning, this is huge -- could this put an end to quiet kids getting overlooked while more insistent students tap all the teacher's attention? Could this help break down walls between the teacher and resistant students?

3. She wasn't there...and they were working anyway.

Fitzpatrick was obviously not with her class while she presented to us -- they had a supply teacher. We visited her class partway through the period to find the students working hard on the assigned work anyway. Coming to class with the direct instruction already taken care of meant they didn't have to sit around reading from their textbooks or watching a movie as a class. Instead, they were able to jump right into engaging, whole-class activities...and they'd been able to develop the skills to engage in them well even without their regular teacher in the room.

Our second stop was at Castlebrooke Secondary School, where learned about the flipping Ve Anusic was doing with his math classes -- with such success that he had been featured in a CTV News clip. Through that clip, I again saw the extent to which the students were actually "doing stuff" in class, engaging with the material, and could see Anusic checking in and working with several of the students. Again, flipping seemed to greatly increase the potential for more one-on-one and smaller-group interactions between students and the teacher, as well as student-student interactions that were actually focused on the material.

So why did I start?

Honestly, all of the above may have been secondary to my reason to start trying "the flip." I, uh, may have started out of desperation.

In my grade 9 applied math class, the amount of energy I was putting into trying to maintain the students' attention during a lecture was getting out of hand. When work time came, many of them did work on the material, and asked questions, but the amount of time it took us to get through the direct instruction really ate into the time I was able to spend helping students. So...what if the students could get through the direct instruction bit themselves? Could that improve my ability to give each student the help that he or she needed? It was worth a shot. (I figured it couldn't hurt to try it with my grade 11 college classes, too.)

Step 1: teach the students (and parents!) what flipping is, and justify it to them.
Both schools my team had visited had emphasized the need to actually teach the students how to watch the videos well (discouraging watching passively in a distracted environment, for example), but before I could even get there, I needed my students to understand what it was we were going to try. I set up a blog for each of my classes, and created a page on each linking to a couple of videos that described what the flipped classroom was all about. I also typed some details of how I thought we'd try it on the same page.

Our math department had a few carts of notebook computers available for teacher sign-out. One day, I brought the cart in, set everyone up with a wikispaces account, and set them to watching the videos and reading the information I'd posted about our upcoming flip. After going through all that, they filled out a survey for me, giving me their initial impressions of the idea. While there were a few concerns, overall they were very interested in trying it out.

That happened to be the day of parent-teacher interviews, so I was able to share with parents at the very start both the concept and (from the surveys) the students' reactions. The response I got from them was very positive.

I should note that since my principal was the person who'd initiated our investigation into flipped learning, and had also been impressed by the presentation, there was no need for me to touch base with my admin team before trying the flip, as teachers in other circumstances probably should.

Step 2: teach the students how to view the videos.
I created a video outlining video-viewing tips as basic as "put your phone away...unless you're watching the video on your phone," "take notes," "close all the other tabs in your browser," and "don't watch the video in bed in case the math is so exciting that you fall asleep." (I tried to inject some humour, including a photo of me seemingly passed out on the couch with my limbs askew, laptop and papers falling everywhere.) We watched this video as a whole class, practicing note-taking as well as the ability to pause and rewind as necessary, then discussed the key points together.

Step 3: have students watch some initial content videos individually in class, to get used to the process.
I brought the cart of notebook computers back. They watched videos I'd prepared on the math topic of the day, asked me any questions they had, then worked on some practice questions on a worksheet.

Well, that was the theory. In practice, we had a lot of bugs to work out at this point in terms of student access to the blog and self-regulation. But hey, this is a blog about my first steps -- and I was on my way.

The highlight? Hearing one of my grade 9s exclaim aloud, shocked, "Wow, this is actually making sense to me!" An increase in student confidence just by changing the medium? Awesome :).

About the teachers mentioned above:

*[Edited to add: I really should have included a Step Zero in this post, acknowledging the research I did before I started my first experiments with the flip and thanking those who have influenced me along the way. To compensate for this, I have added a new post -- please see it for further acknowledgements of those whose humble sharing has made my own journey possible.]

Joy McCourt is a high school science and math teacher in Toronto, Canada.